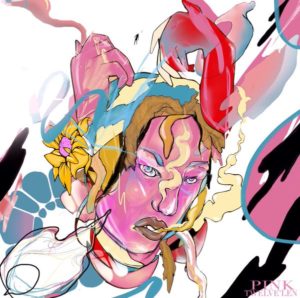 Following the success of their previous albums, Blue, Yellow, and Silver, they finalize the color/mood scheme with their fourth album PINK, which symbolizes feminism and is also the name of the woman who the album is based on.

Featuring five tracks, PINK tells the story of a boy that falls in love with a dancer and the ups and downs of their relationship. The first three songs maintain an upbeat tempo with a cheerful tone reflecting the butterfly stage of the relationship. “You and I” is a lively track that depicts a conflict with his business partner’s disapproval of his relationship and the love he has for his significant other. When his love is put to the test, he proves that love triumphs all.

However, the second half of the album transitions into a more personal and intimate vibe, with a slower tempo representing the stage that reality kicks in. “Seattle” is a somber track inspired by a friend’s break-up when his relationship is forced to an end because his girlfriend moves to Seattle. Although breakups can be difficult, the song emphasizes appreciating the good memories shared with someone. The album concludes with a smooth interlude with intentions to convey that you win some and you lose some, but love is never lost.

PINK is sure to impress fans and solidify Twelve’Len in the South Florida music scene.

“Their music inspires me to embrace my creativity and motivates me to stay original, and I can’t wait to hear what they have in store for 2016,” said Vanesha Gonzalez, a fan of the group. 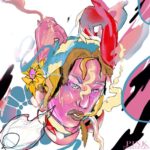